At first blush, it seems a crazy idea to use vacuum tubes for a low-voltage turntable power supply. So why do we do it? We found that the vacuum in the rectifier tubes not only isolates their plates from the cathodes, but also the power line from the drive circuitry.Because of this the »RöNt« works like a high class power line filter for our turntables. The purification of the mains noticeably improves the sound in terms of clarity, openness and spaciousness.

RöNt III is the third generation of Tubed Power Supply for use with all Brinkmann turntables. This product debuts Brinkmann’s proprietary “Rectifier Tube Simulator” to combine higher performance with lifetime reliability. Like all Brinkmann Audio products, the RöNt is an evolutionary design, refined over 25 years of continuous production. In keeping with this non-obsolescent philosophy, some of the new model’s advancements are retrofittable to earlier versions. 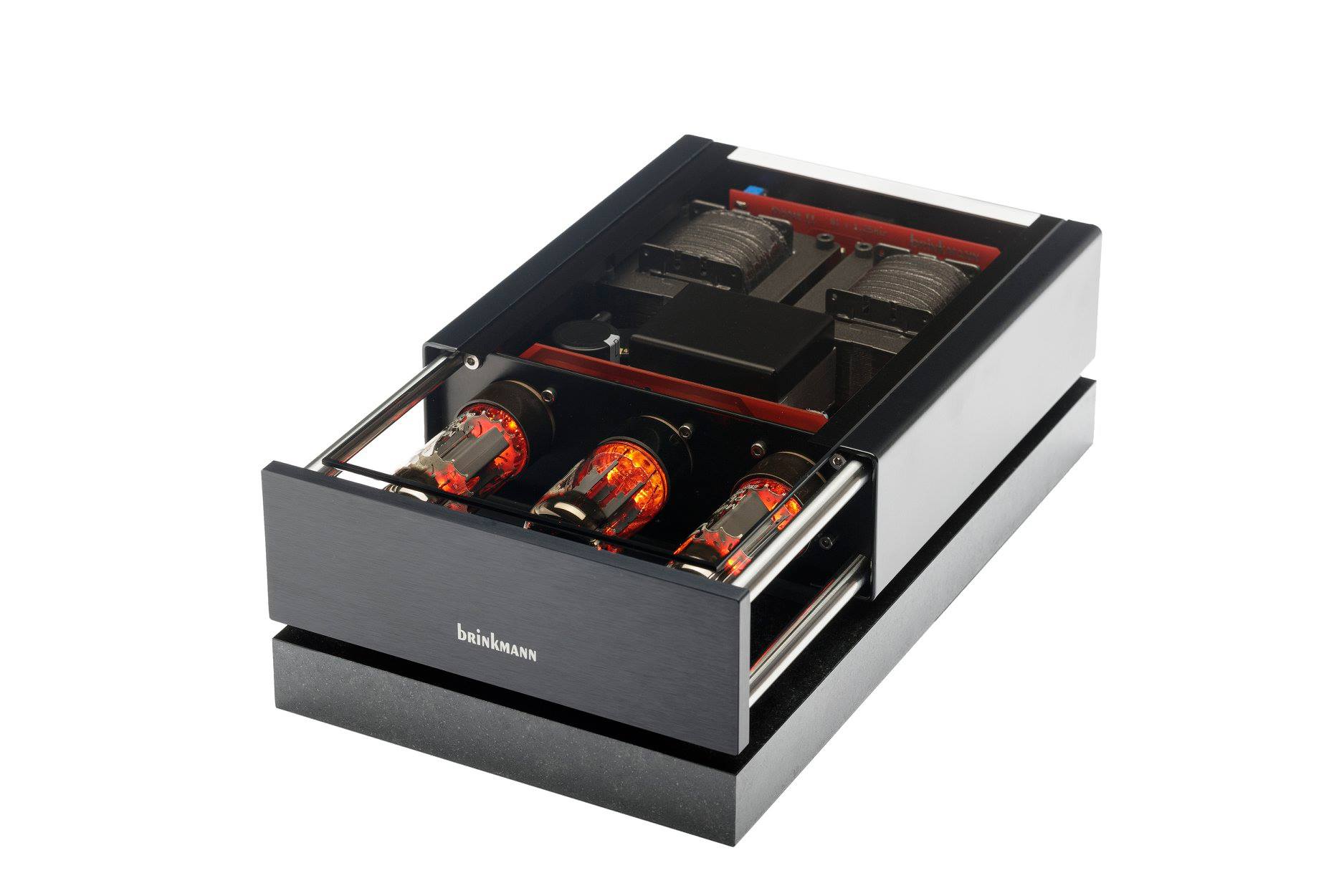 The original RöNt debuted in 1995, the result of Helmut Brinkmann’s experimentation with vacuum tubes at every point in the audio signal path. He found that the vacuum in rectifier tubes not only isolates their plates from the cathodes, but also isolates the power line from the drive circuitry, enabling RöNt to function as an application-specific power line purifier for Brinkmann turntables, improving their sound in terms of clarity, transparency and dimensionality. 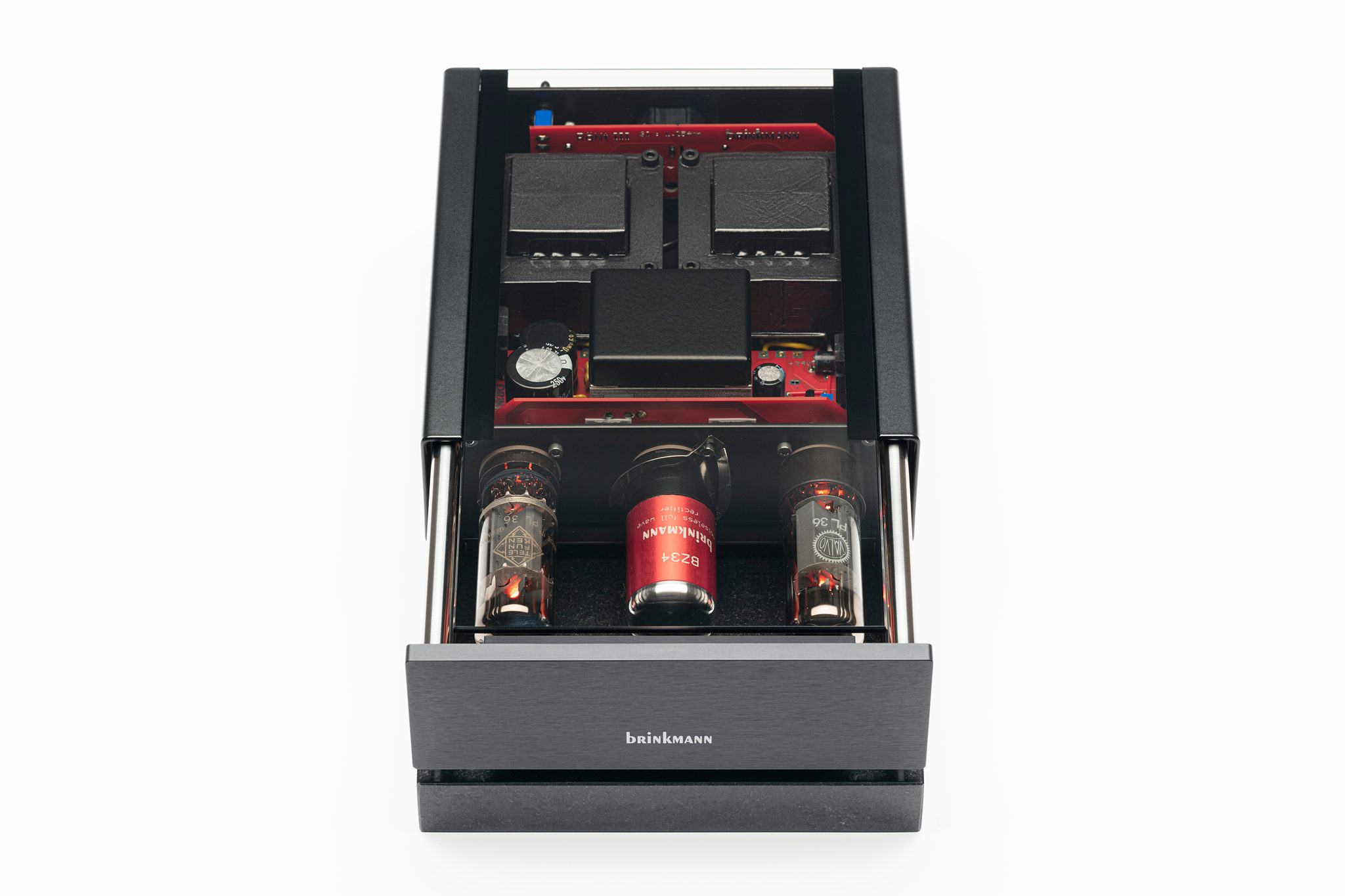 Over the years, the supply of high quality 5AR4/GZ34 rectifier tubes became extremely limited; as a result, Brinkmann has been forced to supply Russian rectifier tubes whose sonics and reliability are not optimal. Fortunately, Brinkmann viewed scarcity as an opportunity for innovation….

The hallmark of the RöNt III is a “Rectifier Tube Simulator“ created by Helmut Brinkmann, which he has named “BZ34” in honor of the GZ34/5AR4 tube previously used in the RöNt II. The BZ34 performs the identical function but without the performance drift, aging and eventual failure to which all vacuum tubes are subject. The starting point for the development of the BZ34 was the Mullard NOS (New, Old Stock) GZ34 tube which sounds the best in the RöNt II. (For this reason, the Mullard comes standard in the RöNt II supplied with the Brinkmann Anniversary Edition Balance.) The NOS Mullard GZ34s are very rare and very expensive, hence not feasible for use in a series-production component. A complex circuit, the BZ34 emulates the function and sound of the GZ34 NOS Mullard tube, without its downsides of wear and failure. The BZ34 has unlimited lifespan, flawless reliability and performance that remains consistently excellent over decades of use. In keeping with Brinkmann’s “Future-Proof” design philosophy, the BZ34 uses the same Octal Tube Connector as the 5AR4/GZ34 rectifier tube it replaces, making it retrofittable to existing RöNt II units. By installing our BZ34, RöNt II owners can enjoy our latest technological advances, protecting their investment by enabling older units to approach the performance, longevity, reliability and consistency of our State-of-the-Art RöNt III which offers even greater advantages in all of these areas. 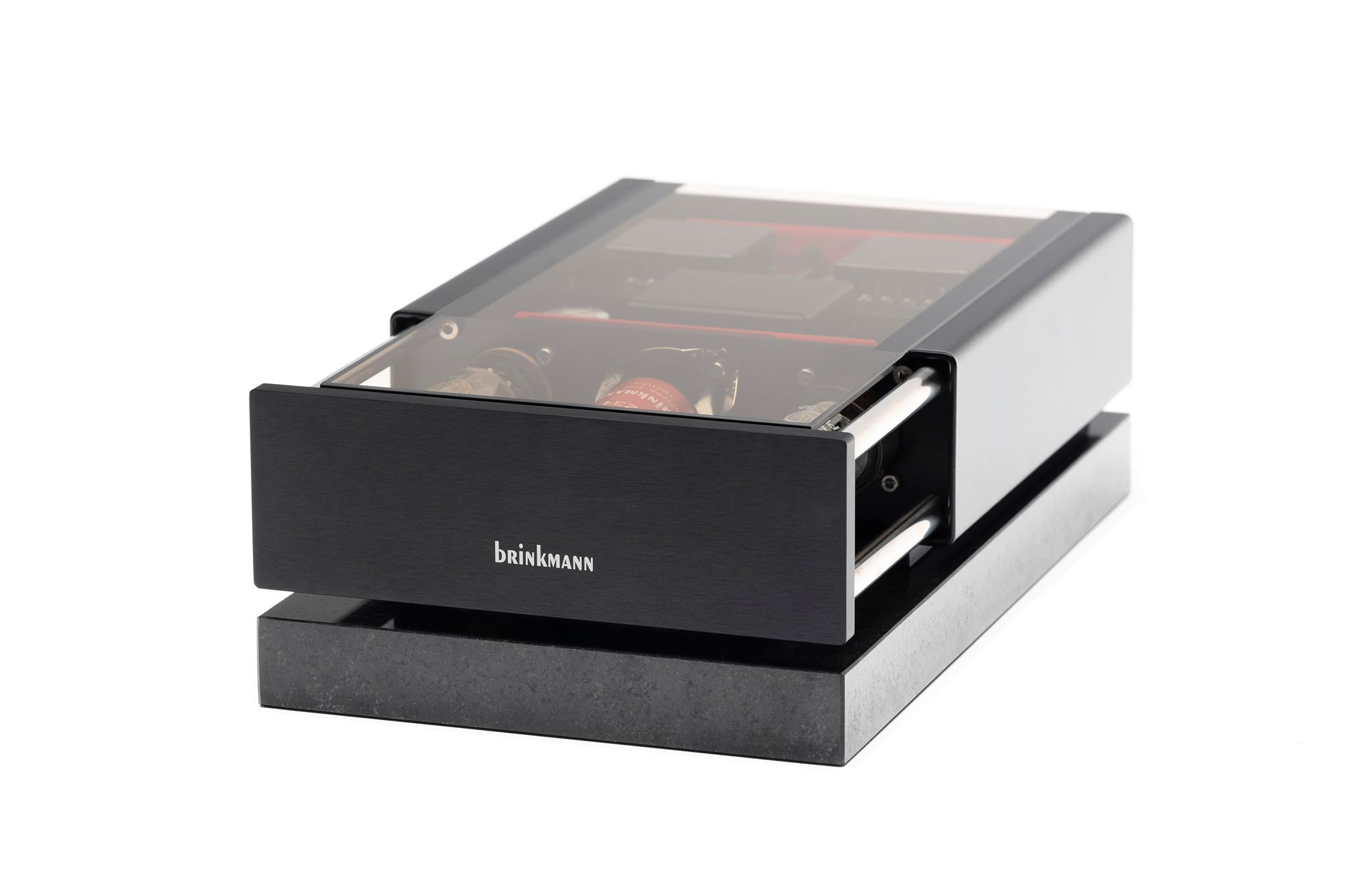 Aside from the BZ34, RöNt III incorporates additional circuit modifications including a redesigned high-voltage path for increased transparency, more palpable and dimensional sound, as well as more musical detail and “Flow.” RöNt III also benefits from upgraded transformers. RöNt II and RöNt III are otherwise identical in terms of features and aesthetics. Both are 100% compatible with all Brinkmann Audio Turntables. 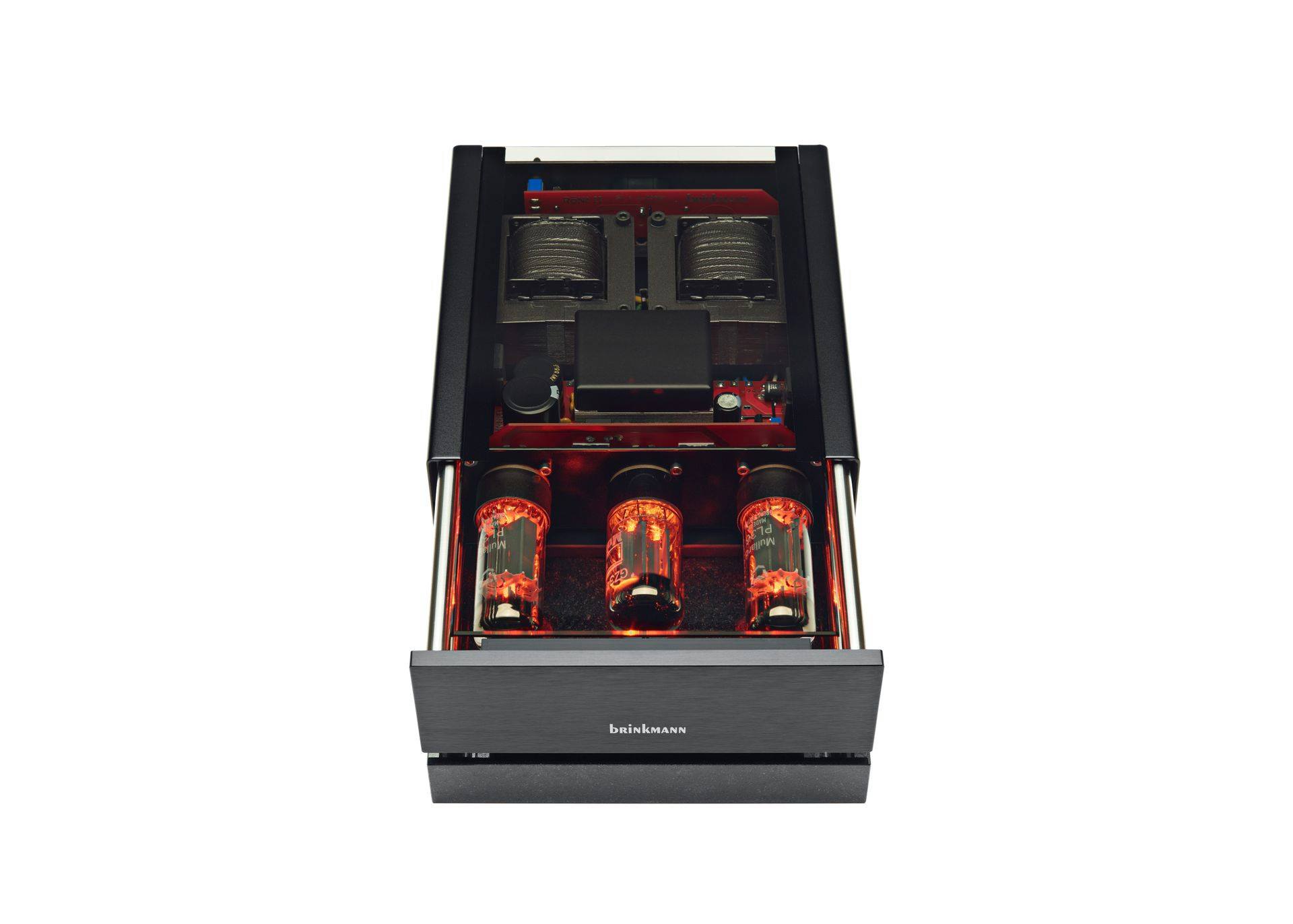